Japan House London presents an exhibition focussing on natural dyeing techniques and the age-old art of kasane, the creation of Japanese colour combinations. Running 5 April - 19 May 2019, this new exhibition reveals the Japanese appreciation of colour and sensitivity to the changing seasons, shining a spotlight on the guardians of this tradition.

The exhibition will focus on the work of the Yoshioka Dyeing Workshop in the ancient capital of Kyoto. Master of colour Yoshioka Sachio is the 5th-generation head of the 200-year old family-run company. On taking over the business, he abandoned the use of synthetic colours in favour of plant-based dyeing techniques. In recent years his daughter Sarasa has taken a leading role in the running of the workshop, continuing her father’s work to preserve and cultivate the hand-dyeing tradition. 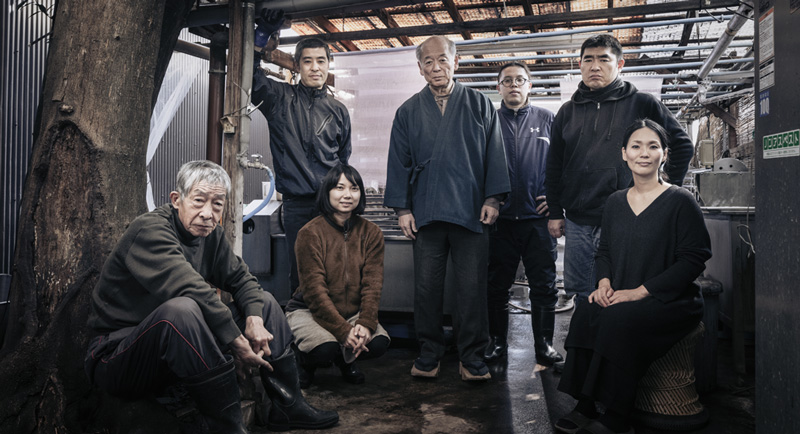 Visitors to the exhibition will enter a forest of colour - a series of ceiling-high installations of silk - each one communicating a specific seasonal message. The exhibition will recreate the language of kasane, a concept of layering colours first seen in the court fashions of Heian-period Japan (794-1185 CE) which still resonates with Japanese sensibilities today and the desire to reflect the changing seasons.

During the Heian period the most formal kimono, worn by the highest ranking women of the court, was the jūni-hitoe, literally ‘12-layered robe’. These kimono were, in fact, made up of three, five, or up to eight layers. Dyed silk cloth was cut into sizes each slightly different from the other, producing small offsets at the neckline, cuffs and hems. The aristocracy delighted in using the colour combinations formed by these various layers to reflect the natural world around them, such as the plants blooming in each season, or a particular occasion or the wearer’s rank. These kasane were subtle suggestions created by the wearer as an offering to be read by the onlooker. If one were able to show sensitivity of the changing seasons in one’s clothes, for example, it was a demonstration of good taste and good education.

Kasane were frequently used not only with textiles but also with paper. The members of the Heian court were known their love of poetry. One would write a poem, containing, more often than not, seasonal words and expressions, and then enclose it within several sheets of seasonally coloured paper.

From light cherry blossom pinks to deep shades of indigo, Japan has a long history of using vivid colours. Using pigments harvested from the natural world to draw rich colours from his immediate surroundings, Yoshioka has embarked on a quest to revive Japan’s historic colours and methods of making. With the help of pre-19th century historical documents and textile samples to recreate the palette of the Japanese court, Yoshioka’s work has revived this age-old craft from the brink of extinction. 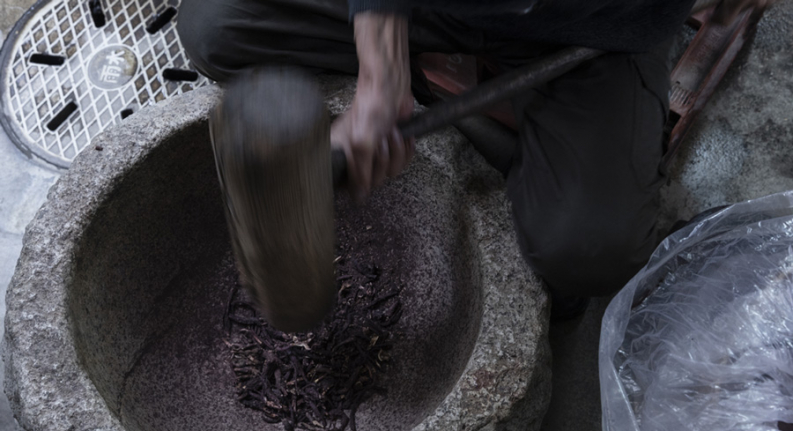 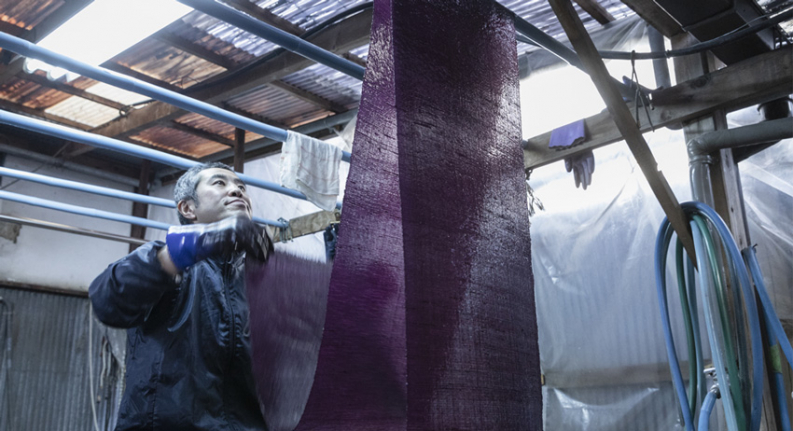 The exhibition explores the colours of Japan, and introduces visitors to the details of the dyeing process, alongside Heian-period literature, the ancient concept of kasane and the central role that the Yoshioka textiles play in Buddhist ceremonies. A special display of dyed washi (Japanese paper) takes inspiration from the Heian-period novel 'The Tale of Genji' and its depiction of the lives of courtiers during the time. Highly celebrated for its classical art, poetry and literature, members of the historic court were expected to write and exchange poems between lovers on specially dyed fans or elaborately folded paper. 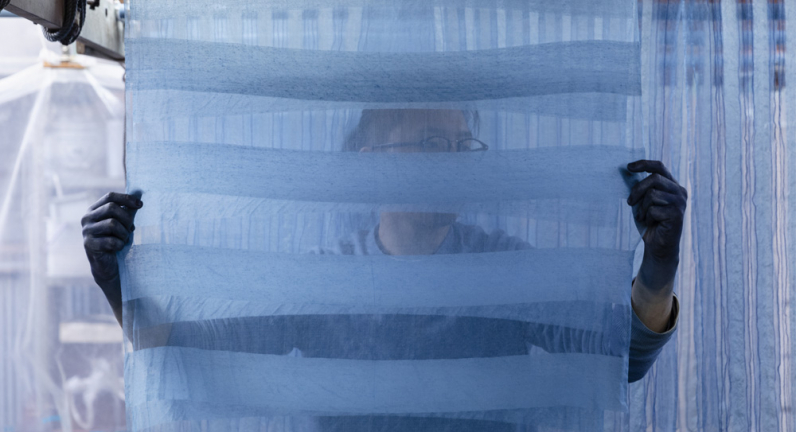 Coinciding with London Craft Week (8-12 May 2019), Japan House will be hosting a series of themed events; further details to be announced in the coming weeks.

Additional information
Living Colours: Kasane - the Language of Japanese Colour Combinations will be open to the public at Japan House London from 5 April to 19 May 2019. Admission FREE.

Yoshioka Sachio
5th-generation Master Dyer and Colour Historian
Born in Kyoto in 1946. After graduating from Waseda University, he founded Art Books Shikosha Publishing Co., Ltd. In 1988, he became the 5th-generation head of Yoshioka Dyeing Workshop. Using natural dyes, Yoshioka revived a number of ancient dyeing techniques to create a spectrum of colours from the Japanese medieval court. His expertise has been applied extensively, such as in the restoration of national treasures, historically significant temples and shrines. Yoshioka has exhibited his work throughout Japan and internationally, and has collaborated with CHANEL to produce red lipsticks. He received the Kikuchi Kan Award in 2010, and Japan Broadcasting Corporation (NHK) Cultural Award in 2011.

Yoshioka Sarasa
Dyeing weaver
After working at an apparel design company, Yoshioka Sarasa joined the Silk Museum in Seiyoshi-mura, Ehime Prefecture, to study silk production, including silk reeling, throwing, dyeing, and weaving. In 2008 she returned home to Yoshioka Dyeing Workshop, where she has since been working on textiles dyeing and weaving, using natural dyeing techniques. Yoshioka Sarasa is the daughter of Yoshioka Sachio and is a 6th-generation Yoshioka; she has been taking a leading role in the running of the workshop, continuing her father’s work to preserve and cultivate the hand-dyeing tradition. 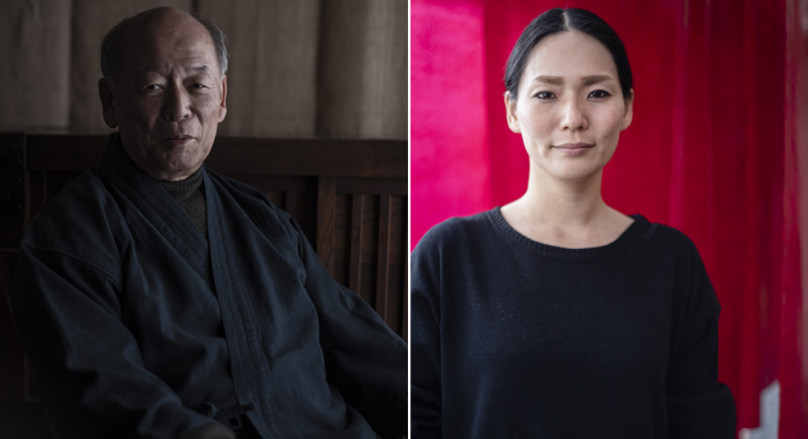 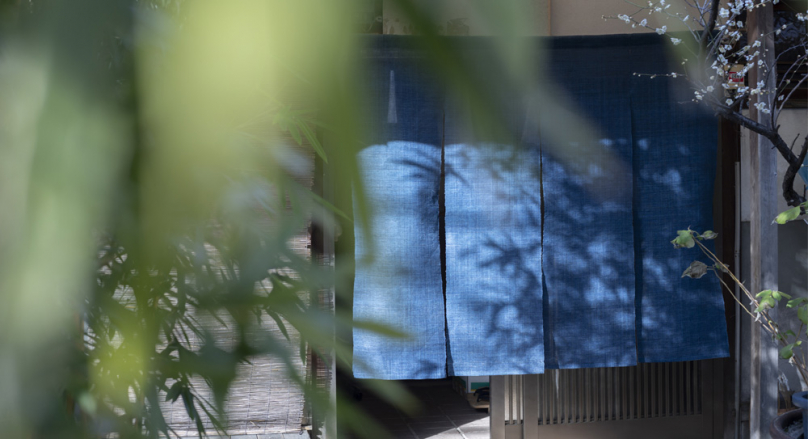 Yoshioka Dyeing Workshop based in Kyoto

Living Colours Exhibition Cocktail at Akira
Akira restaurant has created a Living Colours exhibition cocktail to evoke spring, Kyoto and the botanical world that natural dyes are sourced from. ‘Kyoto Colours’ is made with KI NO BI (‘The Beauty of the Seasons’), the first gin to be distilled, blended and bottled in Kyoto. Added to this are pineapple, lychee and lime topped with umeshu (plum liqueur) foam and dried flowers. The ‘Kyoto Colours’ cocktail is available at Akira restaurant for the duration of the exhibition (5 April - 19 May 2019). 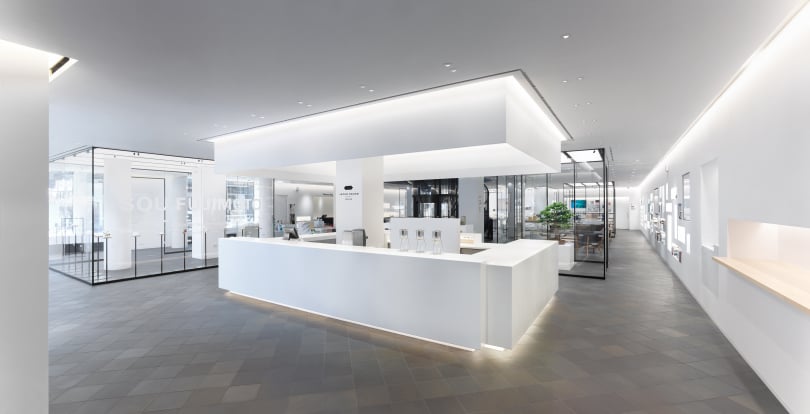