BIOLOGY OF METAL: METAL CRAFTSMANSHIP IN TSUBAME-SANJO puts the spotlight on the extraordinary skills of ordinary people from a centuries-old industrial hub within the northern Japanese prefecture of Niigata. The exhibition was created in collaboration with the Tsubame-Sanjo Factory Festival, and is being launched as part of London Design Festival 2018. 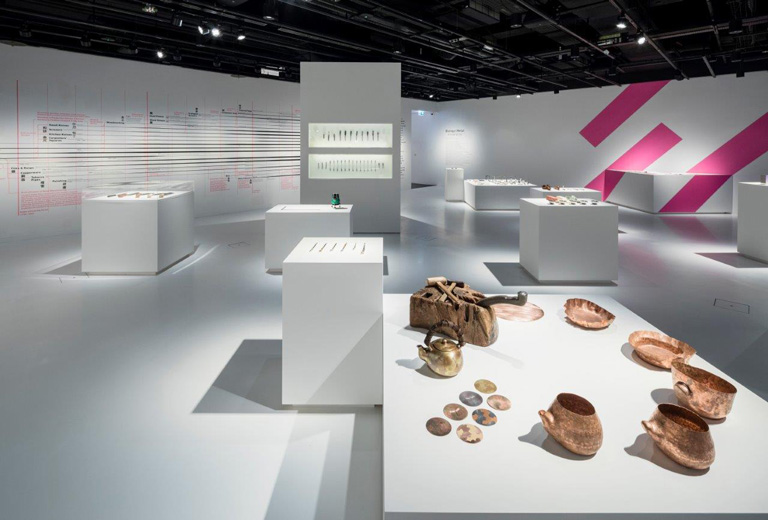 On show for the first time in the UK, the exhibition explores the innovative craftsmanship and ancient skills of some of Japan’s most talented metalworkers. Providing a unique insight into the evolution of this timeless Japanese craft, the exhibition explores how artistry and small industry are embedded in tradition, and the ways in which technology has evolved and embraced the new, adapted in a changing society. 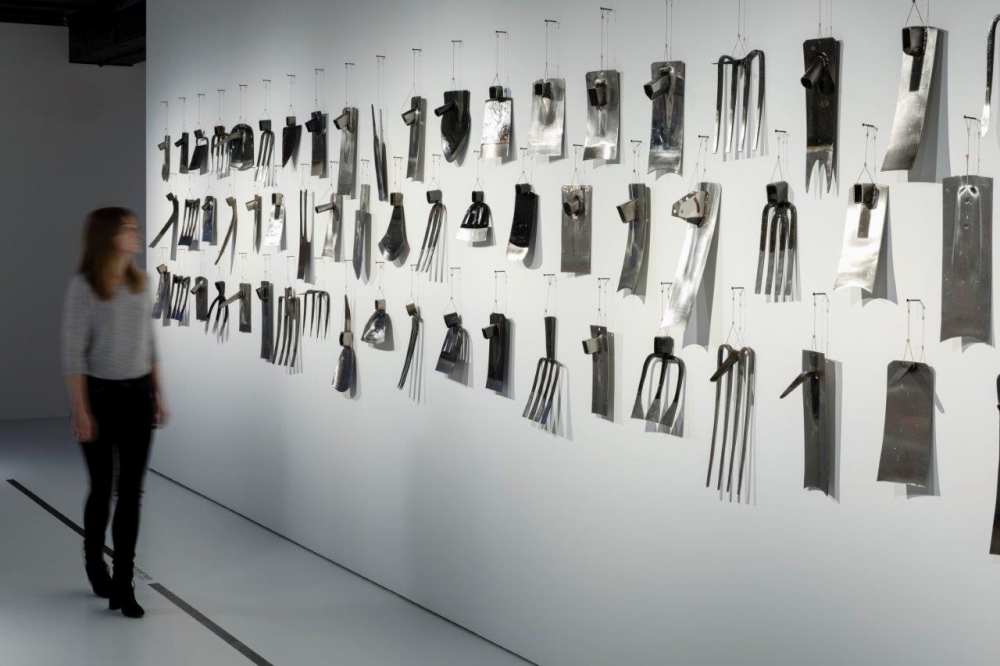 Tsubame-Sanjo Region
Tsubame-Sanjo is an area in the northern Japanese prefecture of Niigata. Known for the precision and skill of the craftspeople from its numerous small metalworking factories and workshops, it produces a huge variety of products including the majority of Japan’s cutlery. Known for developing ultrafine metal-polishing techniques, it is the only area in Japan to produce all the cutting tools, numbering over 60 different kinds, used in the creation of bonsai. The region produces specialized knives of all shapes and sizes for the preparation of squid or tuna, for opening oysters or crabs, or for cutting lettuce, carrots or garlic. For the domestic and international market, it produces machine parts, tools and metal housewares alongside finely crafted drinking vessels used for the region’s famous sake. 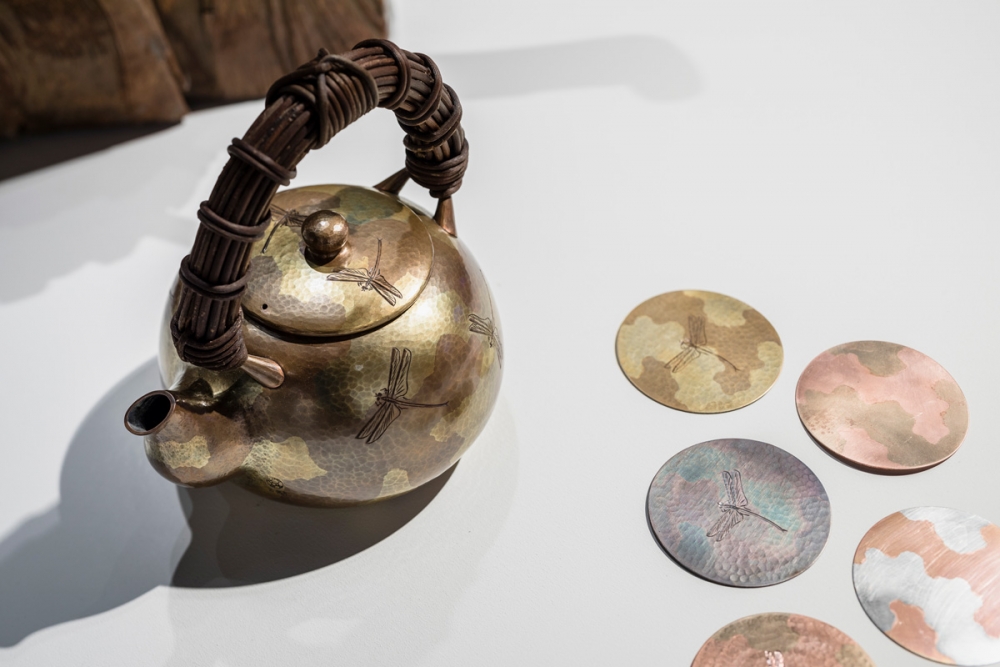 The exhibition is inspired by the annual Tsubame-Sanjo Factory Festival (Kouba no Saiten) initiative, when each October factories and workshops open their doors to visitors to offer the rare opportunity to see craftspeople at work and experience metalworking through the participation in workshops. 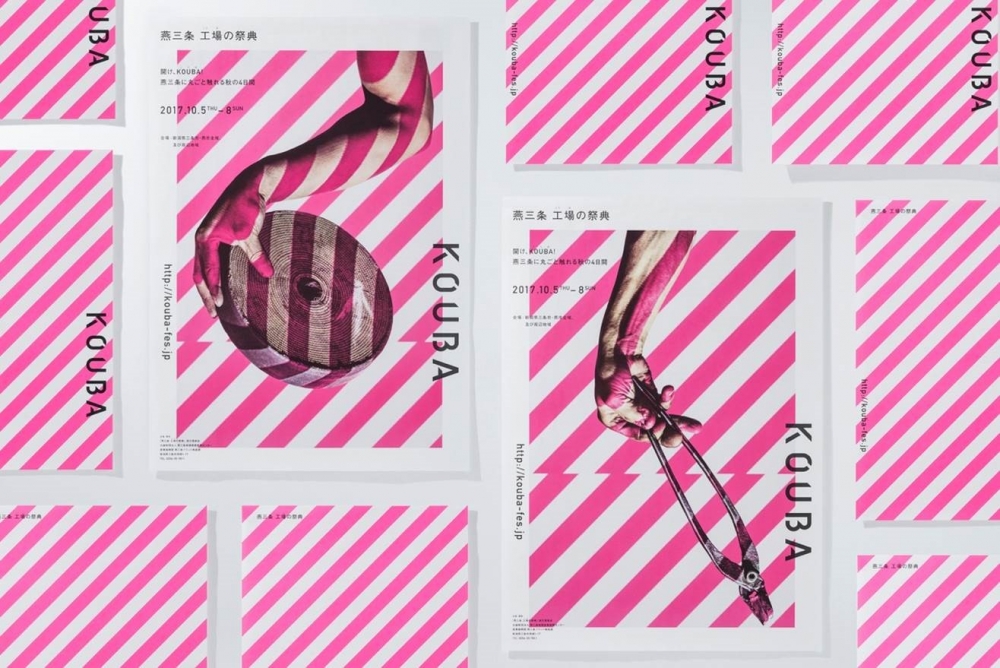 Meet the Makers: Gyokusendo
One of the skilled makers participating in BIOLOGY OF METAL at Japan House is 200-year-old metalworkshop, Gyokusendo. In the late Edo Period (1603-1868), a travelling craftsman from Sendai in northern Japan introduced the method of manufacturing tsuiki (hammer cast) copperware to Tsubame, and the founder of Gyokusendo, Tamagawa Kakubei, was one of the few who successfully mastered this difficult process. 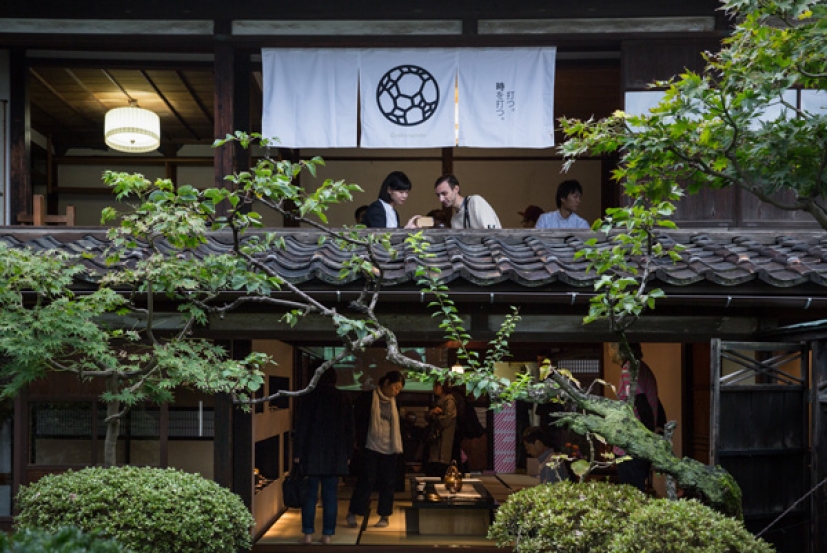 Gyokusendo first began by manufacturing everyday implements such as pans, pots and kettles, and later gradually added artistic elements and more decorative items. When Japan participated in the Vienna World Exposition for the first time in 1873, Gyokusendo products were selected for display. Gyokusendo’s skilfully crafted objects are held in such high regard that they have often been invited to dedicate new Gyokusendo creations to the Imperial Family on auspicious occasions. 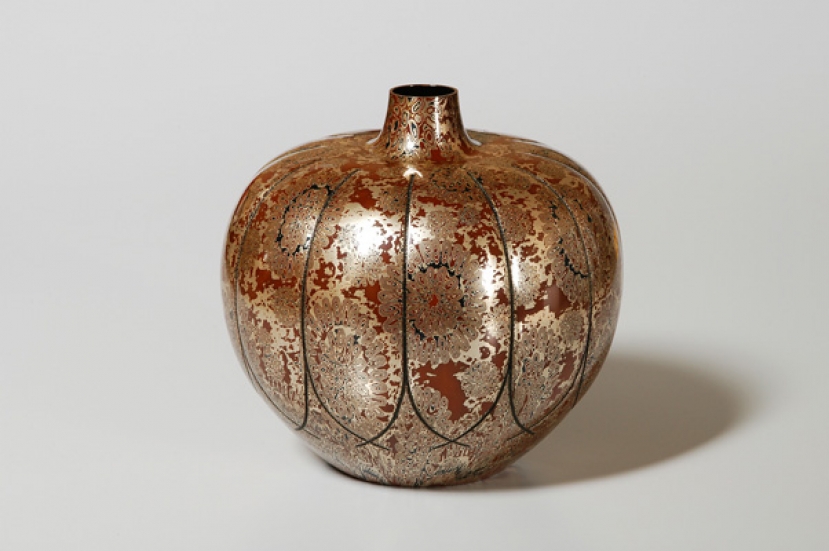 Having maintained and innovated their crafting techniques from generation to generation, Gyokusendo’s creative process has been labeled an ‘Intangible Cultural Treasure’, both by Niigata Prefecture and by the Japanese National Cultural Affairs Agency. 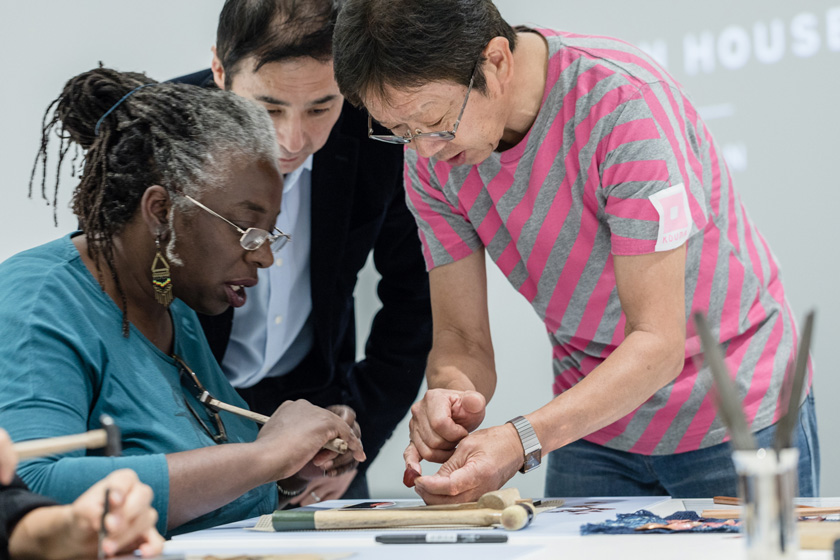 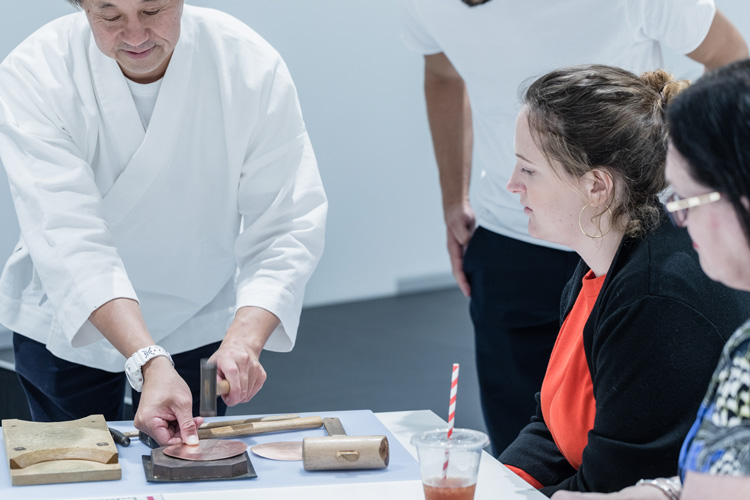 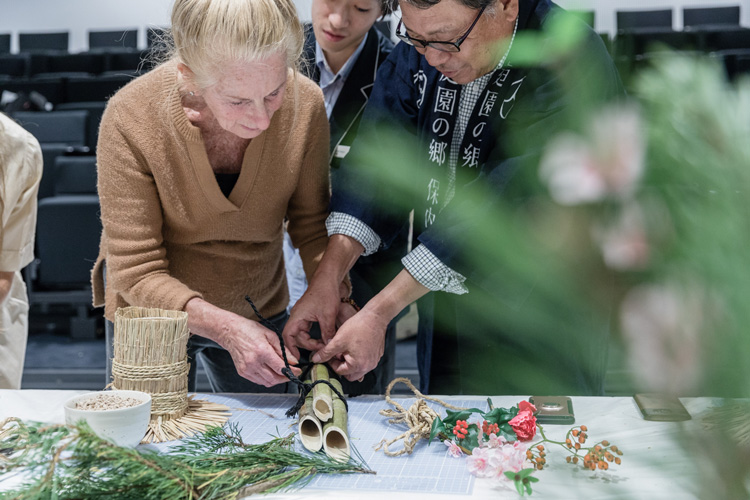 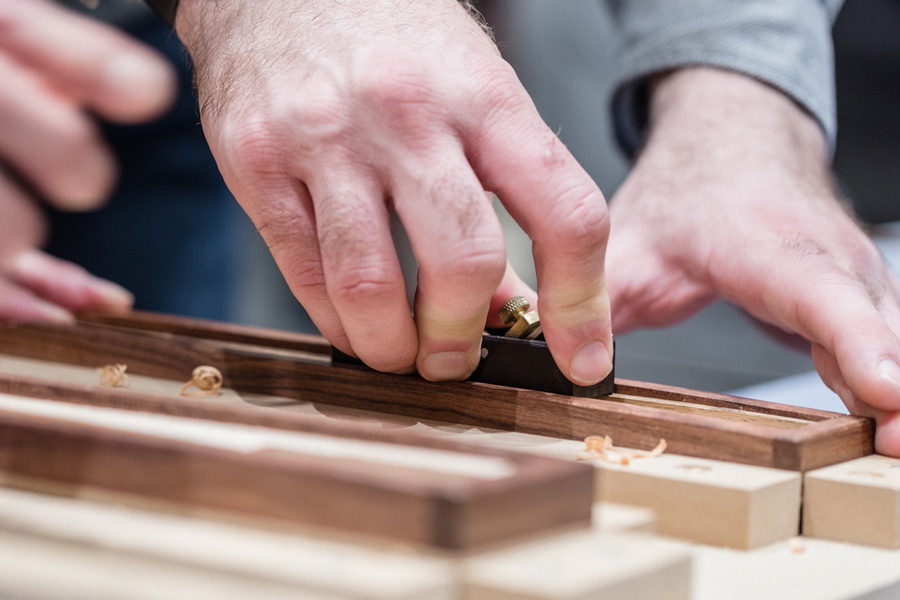 The Shop
During the exhibition The Shop at Japan House introduces a range of Tsubame Sanjo products and the craftspeople and designers who make them. Founded in Tsubame in 1816, Gyokusendo make hand-hammered objects, such as teapots, sake cups, wine coolers and glasses. The techniques they use have been handed down for seven generations and have been certified as an Intangible Cultural Heritage of Niigata Prefecture. The sixth generation craftsman is also a living national treasure. 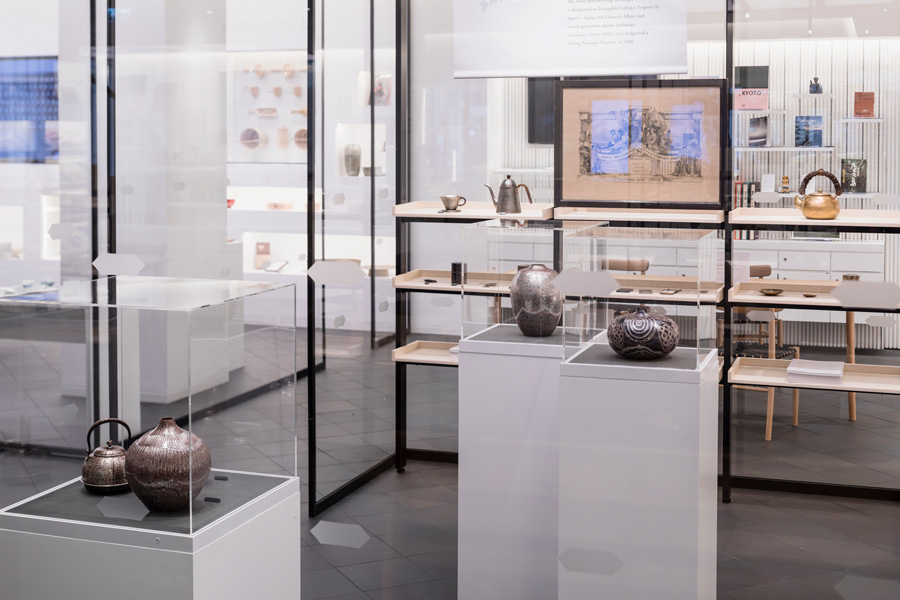 SUS Gallery, also in Tsubame, developed the world’s first commercial vacuum-insulated dual structure titanium tumblers. The double-walled, airless structure enables thorough thermal insulation. The initial design concept was to make “a tumbler for imbibing delicious alcoholic beverages.” Almost no condensation is produced, making it difficult for the ice to melt. The structure sustains the heat or cold for an extended amount of time. Perfect for wine or sake. 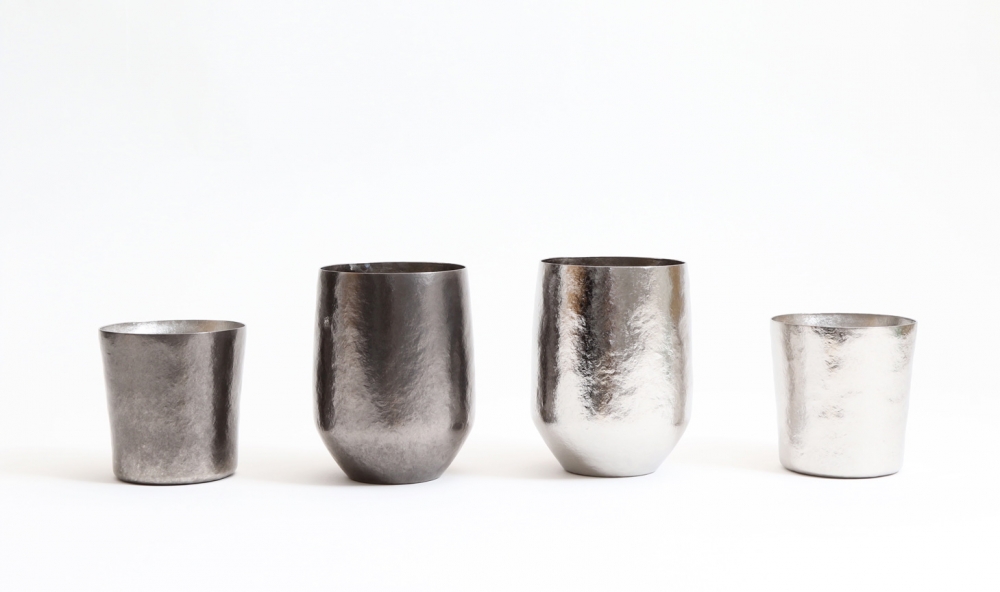 SUWADA blacksmiths, in Sanjo, have been producing the best cutting tools since 1926. They specialise in professional quality manicure and pedicure instruments, bonsai shears and kitchen tools. All of SUWADA’s products are completely handmade by skilled craftsmen always striving to achieve unparalleled sharpness. 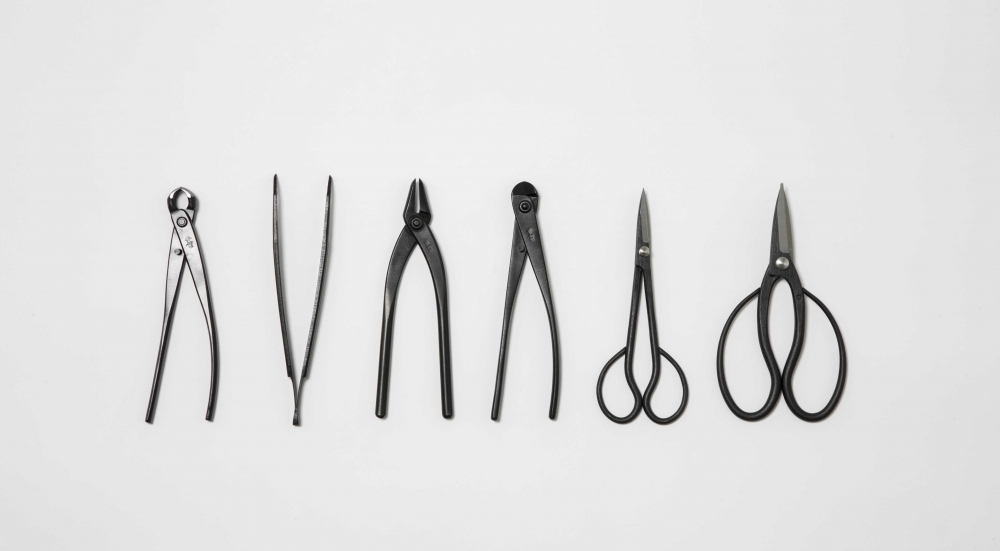 A Japan House London exclusive, never-before-seen at Japan House’s international sister locations in Los Angeles and Sao Paulo, Biology of Metal presents a rare chance to explore an untapped creative region in northern Japan. Visitors can not only discover the innovative skills that have travelled across the centuries to create the beautifully crafted objects on display, but get the chance to meet the makers in a one-off series of workshop events. 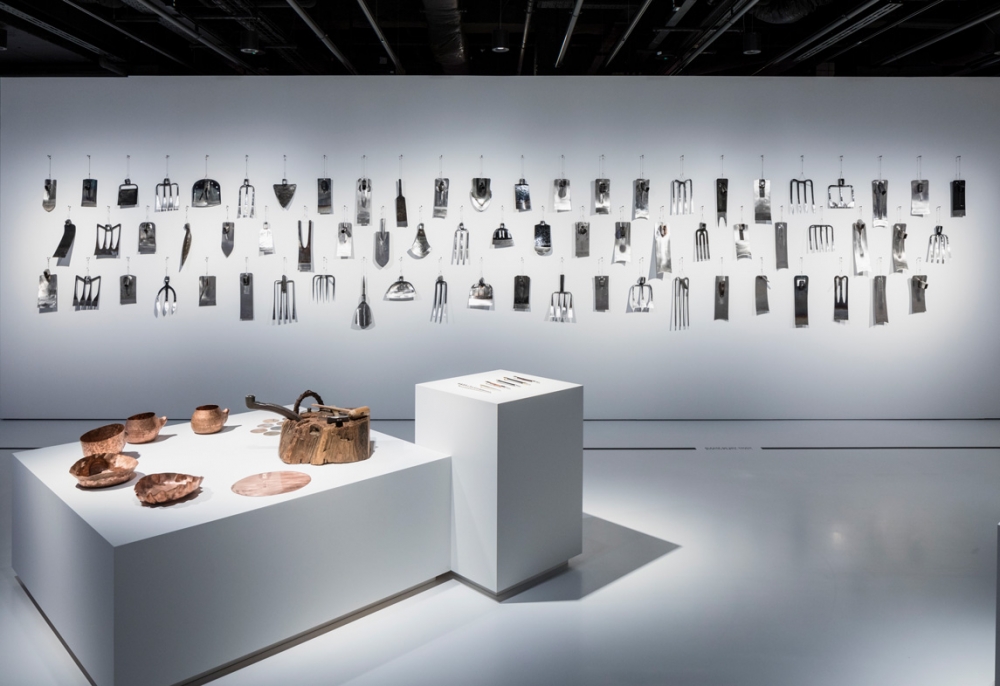 Commenting on Biology of Metal, curator Simon Wright:
"Respect for tradition, craftsmanship and finding beauty in the functional lies at the heart of this exhibition. Biology of Metal presents a rare opportunity to explore the excellence of the metalworking industry of this northern Japanese region and celebrates the heroes of the workshop and factory floor in their quest to perfect the manufacture of tools for living.”

Additional information
BIOLOGY OF METAL: CRAFTSMANSHIP IN TSUBAME-SANJO is open to the public at Japan House London from Thursday 6 September to Sunday 28 October 2018.