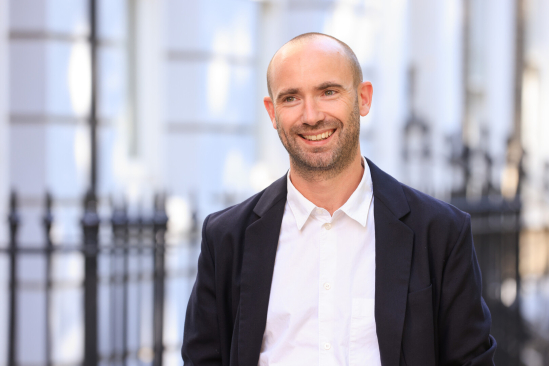 A unique and widely praised model, the Japan House project was set up with the vision of bringing cultural immersion to the high street, offering visitors the opportunity to encounter and be surprised by Japan in an accessible way.

Sam takes over from the founding Director General, Mike Houlihan, who steps down at the end of October after overseeing the development of Japan House London from initial concept to highly successful London cultural venue. Mike, with his wealth of experience in turning creative ideas into reality and building strong organizational foundations for cultural institutions around the world, has led the team at Japan House London to deliver 14 exhibitions and over 650 events, attracting a total of 1.2m visitors since opening in June 2018, with many more engaging, internationally, online. As an influential figure in the sphere of arts and culture, his ability to forge strong artistic, academic and business partnerships has allowed the organisation not only to cement its position in London’s cultural fabric, but also to act as a catalyst for the development of meaningful relationships between Japan, the UK and Europe.

“I am privileged to have been part of this unique project over the past six years, taking Japan House London from just a concept in a tiny office to the vibrant, ground-breaking cultural venue that London enjoys today. Since opening in 2018, Japan House has quickly established itself as the premier space for the expression by Japan of its authentic cultures and stories. Despite the past two years of disruption caused by the pandemic, we have emerged even stronger with the creation of a whole new digital dimension in the form of Japan House London Online.”

Picking up the baton, newly appointed Sam Thorne has spent the last six years leading the team at Nottingham Contemporary, one of the UK’s leading centres of contemporary art, with a pioneering programme of exhibitions, events, research, retail and food – all key elements of the experience at Japan House London. Nottingham Contemporary was shortlisted for the 2019 Museum of the Year, and Sam was named by Apollo Magazine as one of "40 Under 40" most influential global thinkers. Prior to joining Nottingham Contemporary, Sam was Artistic Director of Tate St Ives and Associate Editor of frieze magazine.

Working with a wide range of museums and galleries around the world, Sam has curated numerous solo shows with artists such as Paul Chan, Lara Favaretto and Wu Tsang, as well as thematic exhibitions on subjects ranging from spiritualism to ceramics. He was a co-founder of Open School East, the free-to-attend art school, and author of the book School (2017). He has taught and lectured widely, and is a regular contributor to a number of art publications.

Of his appointment, Sam said:

“I am thrilled to be joining Japan House London as Director General and CEO. On a personal note, I have a longstanding relationship with Japan and its cultures; I first visited as a child, with my Japanese-speaking mother, and since then have travelled extensively around the country. Along the way, I have developed collaborations and dialogues with Japanese artists, musicians and architects; while at the Tate, I curated an exhibition exploring the relationships between Japanese and British studio pottery. At a time when transnational dialogue and cultural exchange are more important than ever, I believe that JHL is ideally placed to help shape the dialogues and partnerships of the future. I look forward to working with the team to build on the brilliant work of the founding director, Mike Houlihan, to start this new chapter.”

From its inception, the Japan House project has benefitted from the direction and oversight of eminent Japanese designer and President of Nippon Design Center, Hara Kenya, who commented:

“Director General Mike Houlihan’s deep understanding of the significance of the Japan House project and of Japanese cultures, and his appropriate management based on this premise has developed Japan House London into a cultural destination that we would want to have in our own country. I sincerely hope that the new Director General will inherit this spirit and that Japan House London will continue to flourish as place of awakening to Japanese cultures.”

Japan House London is a cultural destination offering guests the opportunity to experience the best and latest from Japan. Located on London’s Kensington High Street, the experience is an authentic encounter with Japan, engaging and surprising for even the most knowledgeable guests. Presenting the very best of Japanese art, design, gastronomy, innovation, and technology, it deepens the visitor’s appreciation of all that Japan has to offer. Part of a global initiative, there are two other Japan Houses, one in São Paulo and the other in Los Angeles.