Yoshioka Tokujin is a world-renowned, leading contemporary designer and artist. He was born in 1967, in Saga Prefecture, on Japan’s southern island of Kyushu. After graduating from the Kuwasawa Design School in Tokyo in 1986, he worked under the eminent designers Kuramata Shiro and Miyake Issey. He set up his own studio Tokujin Yoshioka Inc. in 2000 and has gone on to create many innovative, globally acclaimed designs which are considered to transcend the boundaries of art, design, and architecture. 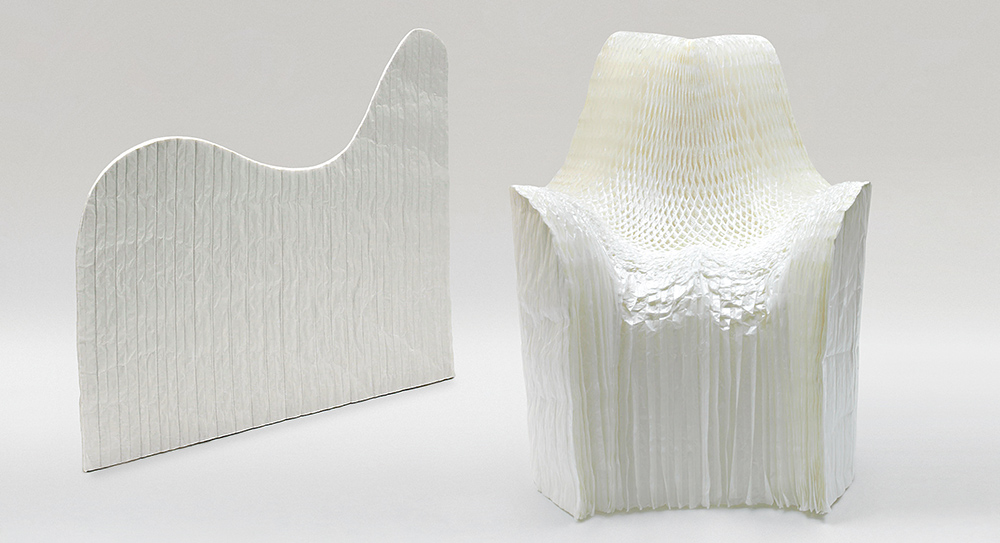 Yoshioka credits one of his early works – Honey-pop (2001) – with kick-starting his career. The armchair is made entirely of sheets of glassine paper which are cut and arranged flat to open up into a 3-D honeycomb structure. Originally presented at Milan Design Week, the success of the chair spurred Yoshioka’s collaborations with leading interior design companies like Kartell and Moroso.

The designer has an extensive portfolio of surprising and experimental works for brands such as Louis Vuitton, Lexus and Issey Miyake. He has designed accessories, showrooms and installations for the latter and maintains an enduring collaborative partnership with Miyake. Yoshioka’s many self-initiated projects and works of art are also impressive, for example the Water Block (2002), a glass bench that resembles a solidified block of rippling water and which can be found in in the Impressionist gallery at the Museum d'Orsey in Paris. Another striking design made of glass is the Glass Tea House – KOU-AN (2011), which brings focus to the age-old tradition of the Japanese tea ceremony and contemplates the origins of Japanese culture.

Yoshioka's work has been internationally recognized with awards such as Design Miami Designer of the Year (2007), ELLE DECO International Design Awards Designer of the Year (2016) and Milano Design Award (2017). His designs are represented in the collections of major institutions, including the Museum of Modern Art (MoMA) in New York, the Musée National d'Art Moderne (Centre Pompidou) in Paris, and the Victoria and Albert Museum in London.

A recent high-profile project is the design of the torches for the Tokyo 2020 Olympic and Paralympic Games. The simple structures are designed in the shape of cherry blossom (sakura), a flower which is immediately identified with, and cherished in Japan for its seasonal beauty and symbolism of renewal. The design was inspired by Yoshioka’s visit to Fukushima Prefecture in 2015, an area that faced a monumental reconstruction programme following the Great East Japan Earthquake and tsunami in 2011. As part of the reconstruction efforts, the designer held a drawing workshop with children from the affected area. He saw the spirit of the local people and their optimism for the future projected in the children’s vibrant cherry blossom drawings. 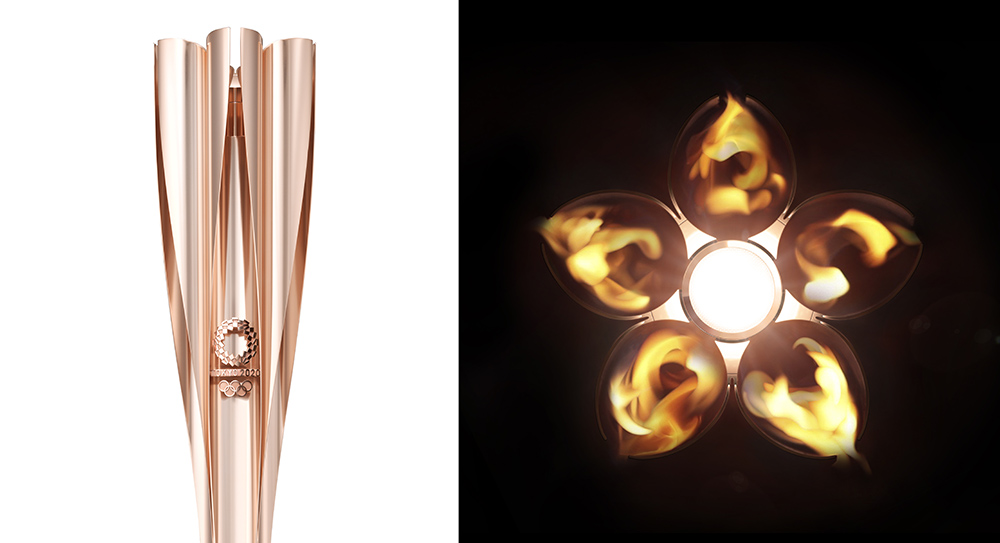 Some of the aluminium used to make the torches has been recycled from the temporary housing units that were built in the aftermath of the earthquake and tsunami. In this way, materials used in the reconstruction have been transformed into a symbol of peace. The torch is designed in the shape of the Olympic flame and the five sakura petals release five individual flames which merge into one, symbolizing Yoshioka’s wish for peace and for the world to come together as one. The flame is able to stay continuously lit thanks to the three different combustion methods which form a part of the torch design.

Yoshioka achieved a simple, strong and lightweight design, seamlessly manufactured from one sheet of metal by using an aluminium extrusion technique, which is also used in the production of Japan’s Shinkansen trains (bullet trains). The Olympic and Paralympic torches designed by Yoshioka Tokujin are on display on the Ground Floor of Japan House London from 13 July until 12 September 2021.