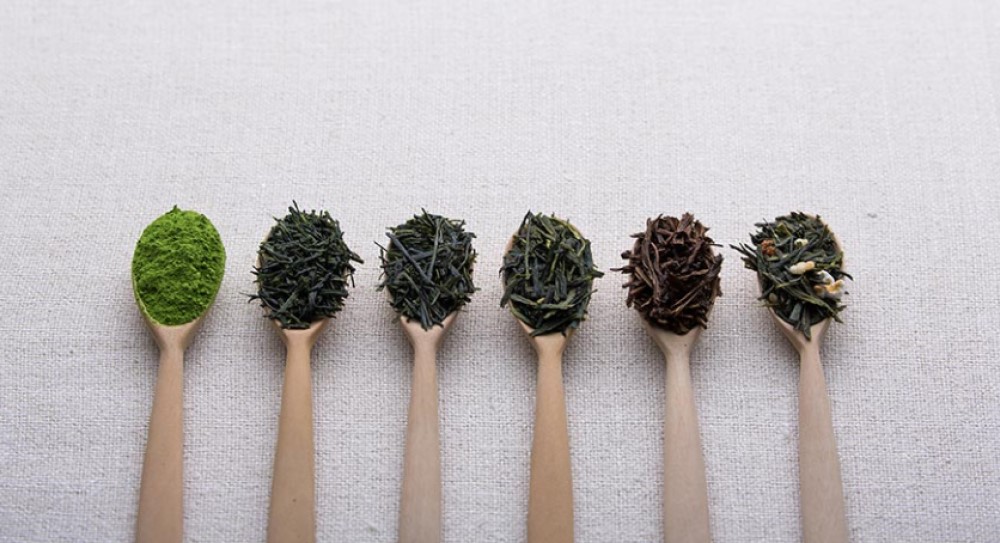 Tea drinking was first recorded in Japan in the 9th century CE. It was closely linked with the cultural exchange between Japan and the Asian continent and the development of Buddhism. By the 14th century CE, tea cultivation had spread across Japan and influential tea master Sen no Rikyū (1522-1591 CE) had, by the end of the following century, established distinguished rules surrounding the tea ceremony - a tradition that is still practised in Japan today and that is closely linked to the country's deep-rooted culture of omotenashi (hospitality/serving guests). The following varieties of green tea have long been enjoyed in Japan:

抹茶 matcha is made from ground green tea leaves. It has played an important role in the tea ceremony since the 12th century CE and was one of the first types of tea enjoyed in Japan. Rich in vitamin A, it has a rich, full and slightly bitter flavour.

煎茶 sencha is a sharp and refreshing green tea that is fragrant and botanical. Today, it is the most popular green tea consumed in Japan.

ほうじ茶  hōjicha leaves are, unlike other green teas, roasted as well as steamed. This gives the tea an earthy, caramel-like flavour and dark amber colour. This milder beverage is low in caffeine.

玄米茶 genmaicha is a mixture of green tea and roasted genmai (brown rice). It has a sweeter, nutty flavour and popcorn-like aroma that balances the slight bitterness of green tea.

While green tea remains a firm staple of the Japanese diet, black tea is now growing in popularity in Japan. This includes traditional black teas as well as smoked black teas that are infused with typically Japanese flavours, such as sakura (cherry), hinoki tree wood or whiskey.

Visit The Stand and The Shop at Japan House London to taste or purchase some of the different varieties – from green teas from Kyoto-based Ippodo Tea Co. to smoked Japanese black teas from Shizuoka brand Kaneroku Matsumoto Tea Garden – or make a reservation at our restaurant AKIRA which offers a selection of teas as part of its Afternoon Tea menu.