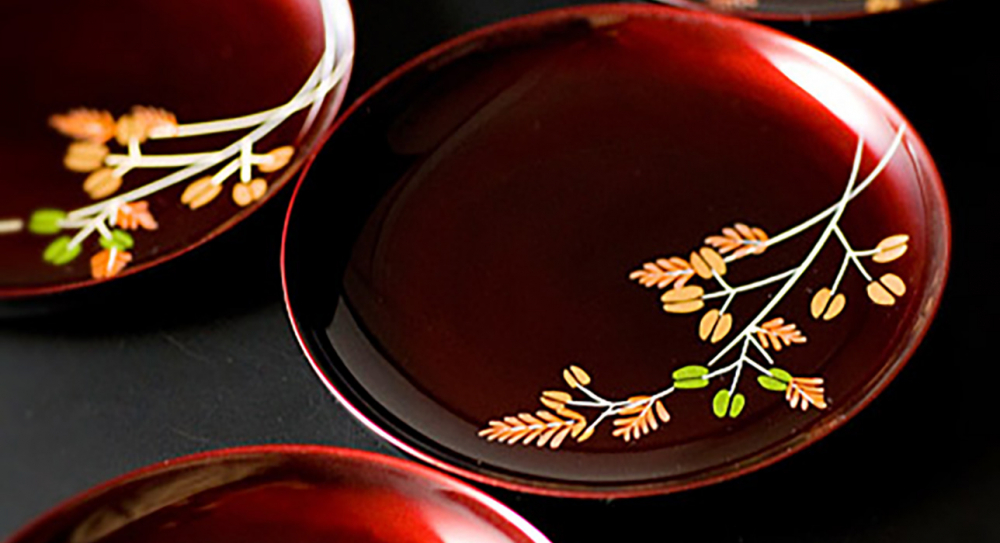 Tamamushi-nuri is a type of Japanese lacquer (urushi) craft, created by applying silver powder to an urushi base, which is then coated in a layer of clear urushi. The resulting lustrous sheen has earned the lacquer technique its name, tamamushi-nuri, after the iridescent wings of the Jewel Beetle (tamamushi). The craft was first produced in 1932 CE by urushi artist Koiwa Shun (artist name Komei) in Sendai, Miyagi Prefecture, in the northeastern Tōhoku region of Japan. Its creation was the direct result of the Japanese government’s efforts to develop craft products that would appeal to foreign tastes and that could be exported to help in the economic recovery of the region following the Great Depression (1929–1933 CE). Tamamushi-nuri grew in popularity and in 1985 it became a designated craft of Miyagi Prefecture. Since 1935, Tohoku Kogei, a Sendai-based company specializing in lacquerware manufacturing, have held the responsibility for the production and ongoing innovation of tamamushi lacquer.

When the 2011 Great East Japan Earthquake and resulting tsunami and Fukushima Daiichi nuclear disaster ravaged the Tōhoku region, most industries and livelihoods in the area were devastated. Tohoku Kogei looked to their specialty craft – tamamushi-nuri – to contribute to the recovery of the local area through this particular art. The company focussed its efforts on developing new, innovative technology that would not only make its tamamushi-nuri products more resistant to wear and tear, but also allow it to apply the technique to other materials, such as glass and porcelain. The resulting product line, ‘Touch Classic’, is a collection of tableware and stationery items that combines the rich tradition of urushi and the technique of tamamushi-nuri with contemporary design.

In the summer of 2019, Japan House London hosted a talk by Saura Midori, head of Tohoku Kogei, which focussed on the company's revitalization efforts through the production of tamamushi-nuri and its contribution to recovery in the city of Sendai and the wider Tōhoku region. The talk was part of a collaborative series of events, organized by Japan House London and Japan’s Reconstruction Agency, in commemoration of the events of 2011.