SOU FUJIMOTO:
FUTURES OF THE FUTURE 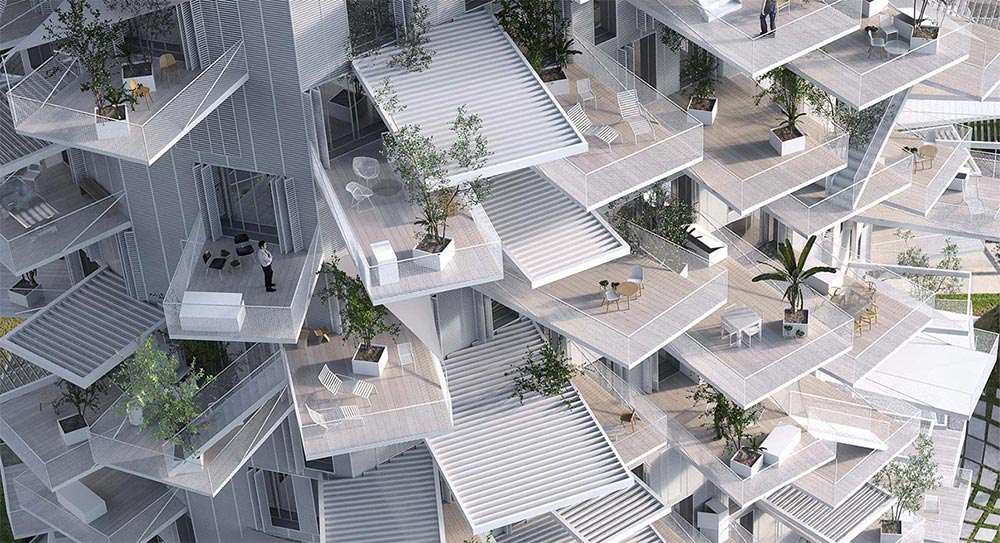 “Creating architecture is like planting seeds of the future” ‒ Sou Fujimoto

Sou Fujimoto is one of Japan’s leading contemporary architects. Born in Hokkaido in 1971, he graduated from the University of Tokyo’s Department of Architecture in 1994 and went on to establish Sou Fujimoto Architects in 2000. Since then, he has worked on a broad variety of commissions ranging from public to private, including the 2013 Serpentine Gallery Pavilion.

Sou Fujimoto’s work was presented in Japan House London’s inaugural exhibition SOU FUJIMOTO: FUTURES OF THE FUTURE (22 June – 5 August 2018), which was also the architect’s first solo exhibition in the UK. Models and photographs of past and current projects, as well as Fujimoto’s experiments for the future, were on display in the gallery.

Sou Fujimoto approaches each project by considering not only the details of the commission but also the context of the site and the cultural and historical background of the local community. He sees this dialogue with local landscape and community as an important component of designing structures that hold latent potential for the future. Fujimoto doesn’t claim to make assumptions about the future nor to present a complete vision of it; instead, he treats each design as an opportunity to plant the seeds of possibility and inspiration which make up the countless fragments of the future.

To complement the exhibition in the gallery, a display titled Architecture is Everywhere was shown on the Ground Floor at Japan House London, presenting the concept of discovery. Sou Fujimoto believes that architecture is found and then made – that it is about discovering new ideas in familiar items. In Architecture is Everywhere, everyday objects such as sponges, pine cones or plastic bottles are displayed with small-scale human figures and become architecture. The architect challenges us to shift our perspectives and to make the connection between the found objects on display and the project designs presented in the exhibition.

SOU FUJIMOTO: FUTURES OF THE FUTURE and Architecture is Everywhere were held at Japan House London in collaboration with Tokyo’s TOTO GALLERY・MA.

Find out more about Sou Fujimoto in our Story.