Mashiko – a town famous for pottery 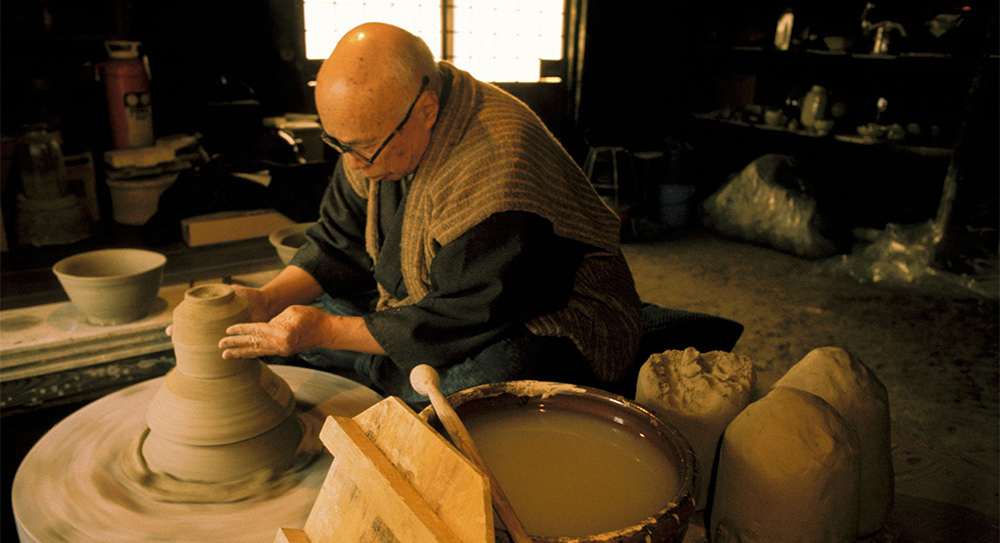 The pottery town of Mashiko, located 100km north of Tokyo, in Tochigi Prefecture, is a location of great significance in the modern history of ceramics in Japan. In 1853, towards the end of the Edo period (1603–1868 CE), Ōtsuka Keizaburō found potter’s clay in the area and built a kiln which marked the beginning of the production of Mashiko ware (益子焼 Mashiko-yaki). Throughout the late 19th and early 20th century Mashiko mass-produced thin, light, functional kitchen ware, such as jars, pots and plates, made to adapt to changing lifestyle needs rather than adhering to any specific style.

In 1924, Hamada Shōji (1894–1978), a celebrated potter and a founding member of the Japanese Mingei (‘Folk Craft’) Movement, established his studio in Mashiko, where he worked with the local clay and glazes to create a simple, soft and thick style of pottery. Many local potters were influenced by Hamada’s work and the town came to be regarded as a Mingei pottery centre.

Prior to settling in Mashiko, Hamada had spent three years in St Ives, England (1920–1923) working in partnership with the renowned British potter Bernard Leach. The key achievements of the cross-cultural collaboration between Hamada and Leach include the establishment of the Leach Pottery in St Ives and the construction of UK’s first wood-fired Japanese style climbing kiln (noborigama); as a result, both potters are celebrated for their joint influence on the evolution of Japanese and British studio pottery. While in England, Hamada consolidated his beliefs in the importance of local materials, further developed his ideas relating to mingei and gave his first solo exhibition at Paterson's Gallery in London in 1923.

After returning to Japan, Hamada set up his studio in Mashiko and continued to champion the mingei philosophy, leading the town’s development into a Mingei pottery centre. In 1955 he was designated a ‘Living National Treasure’ of Japan. Mashiko continues to thrive as a ceramics centre and there are now more than 600 active potters in the town.

To mark the centenary celebrations of Leach Pottery in St Ives in Cornwall, Japan House London hosted an online conversation in December 2020. Speakers included Matsuzaki Yuko, Curator at the Mashiko Museum of Ceramic Art, in Mashiko, Tochigi Prefecture in Japan, and Dr Matthew Tyas, Curator at the Leach Pottery, St Ives. Watch a recording of the online event 'Mashiko – A Celebration of Hamada Shōji and Bernard Leach' to learn more about the origins of Mashiko as a Mingei pottery town and the significance of the collaboration between Hamada Shōji and Bernard Leach.