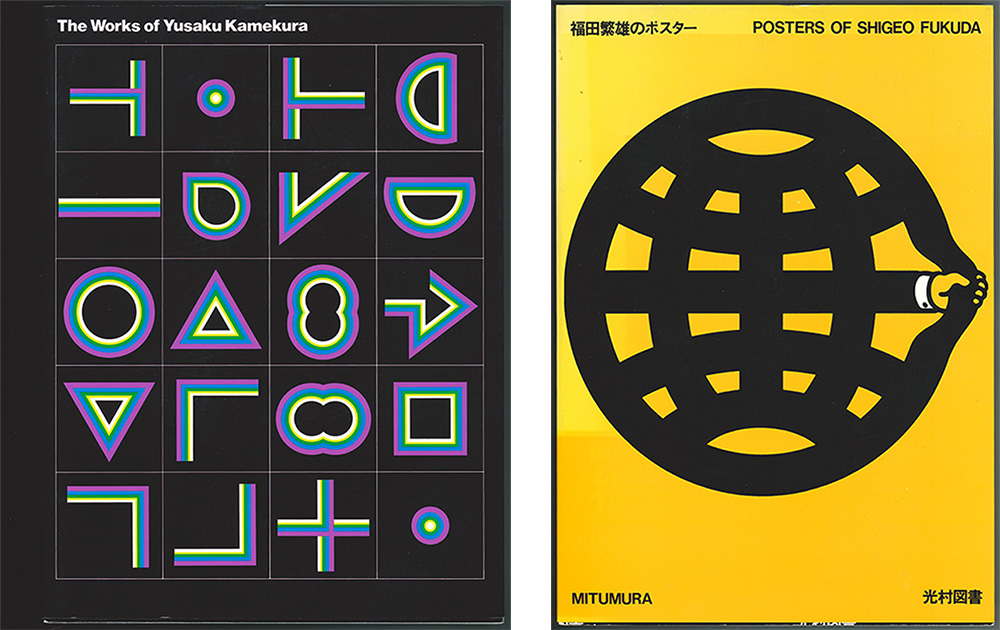 Graphic design is widely regarded to be a modern artistic discipline that developed in response to an increased need for advertising due to industrialization and the emergence of the urban consumer. However, some roots of Japanese graphic design can be found as far back as the Edo period (1603 –1868 CE). They are revealed in the bold and vivid works of the Rinpa school (琳派) artists and the clean lines of ukiyo-e (浮世絵) paintings and prints which were produced for popular consumption.

Despite these early beginnings, the concept of graphic design remained unfamiliar to those in Japanese society until the Second World War (1939–1945). Some of the greatest designers, such as Yamana Fumio and Kōno Takashi, emerged in pre-war Japan from Nippon Kōbō, a studio that was set up by the photographer and editor Natori Yōnosuke following his return from Germany in 1933. The designers associated with the studio displayed incredible aesthetic and compositional skills, influenced by European design movements like The New Vision and Bauhaus; however, at the time they were still described as zuanka (‘draughtsmen’) and their talents were largely unappreciated. During the Second Sino-Japanese War (1937–1945) and the Second World War, Nippon Kōbō came under the control of the Cabinet Intelligence Bureau and was involved in the production of propaganda materials, including several illustrated cultural magazines. After Japan’s defeat, the designers were expelled from public office and vowed to never make ‘war advertisements’ again, instead engaging with design as an artistic practice for the viewers’ enjoyment.

Image: Book of works by the Japanese graphic designer Kamekura Yūsaku is available to view as part of the display 'Graphic Design in Japan' in the Library at Japan House London throughout the summer of 2021.

In the 1950s, two Japanese organizations were established that contributed to the recognition and appreciation of graphic design as a discipline: the Japan Advertising Artists Club in 1951 and the Nippon Design Center in 1959. At the forefront of both was Kamekura Yūsaku, the graphic designer who later would create the main poster for the 1964 Tokyo Olympic Games. From the Olympic Games onwards, against a background of rapid national economic growth, there was a greater tolerance and understanding of new ideas and daring experimentation in Japanese society.  As a result, graphic designers were able to experiment with a wide range of visual expression: posters, logos, trademarks, book designs, signage schemes, among others. Everyday life became filled with the creations of Kamekura and many other talented designers, such as Tanaka Ikkō, Nagai Kazumasa, Hayakawa Yoshio, Fukuda Shigeo, Katsui Mitsuo and Sugiura Kōhei.

In the second half of the 1980s, when Japanese graphic design was at the peak of its popularity, the bubble economy suddenly collapsed. Graphic designers turned to the task of reconsidering the meaning of ‘design’ which opened up opportunities to experiment with ‘de-designing’ design. For example, Hara Kenya, the Creative Advisor for Japan House London, deliberately brought the concept of emptiness into his designs, which can be seen in his work for MUJI. The aim was to explore a sense of distance and new possibilities in communication, by stimulating in the viewer an awareness of the unknown.

Image: Book of poster designs by the Japanese artist Fukuda Shigeo is available to view as part of the display 'Graphic Design in Japan' in the Library at Japan House London throughout the summer of 2021.

Advancement of computer graphics at the end of the 20th century meant that clean lines and solid colours became increasingly popular and design took on less of a ‘handmade’ look. Graphic art and posters by Fukuda Shigeo, an artist known for his optical illusions, are a good example of art from this period. 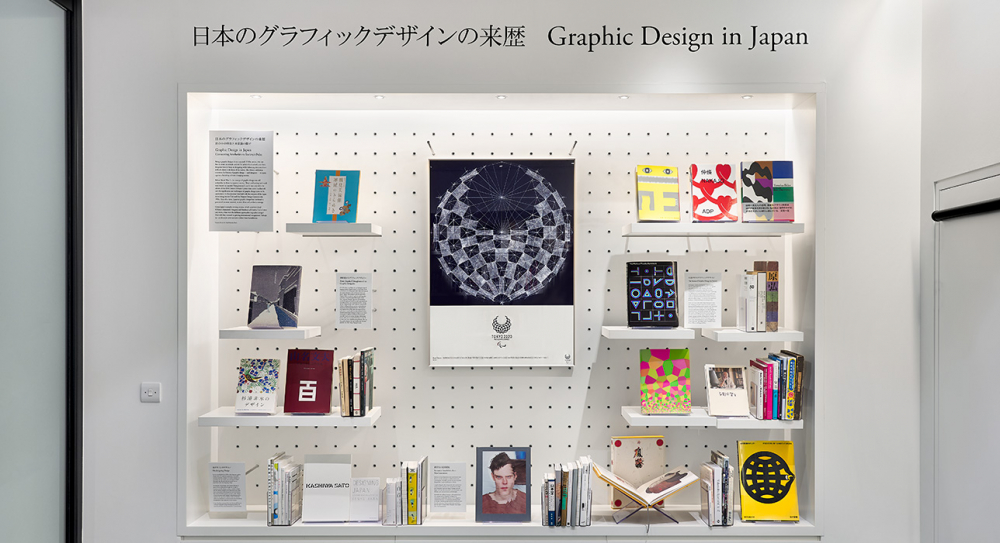 Image: The display Graphic Design in Japan: Connecting Aesthetics to Society’s Pulse in the Library at Japan House London

Haba Yoshitaka's new display Graphic Design in Japan: Connecting Aesthetics to Society’s Pulse is now available in the Library at Japan House London until late September. The books and images he presents examine a selected history of graphic design — and designers — in Japan, against a backdrop of their changing society. Discover the Japanese graphic designers’ different approaches to design and how they succeeded in gaining international recognition. Many of the books are available in Japanese language only, however, they are filled with a variety of striking images of art and design that can be understood universally. There is no need to book your visit to the Library, but guests numbers are limited to six people at any one time.