Colour Combinations and The Tale of Genji 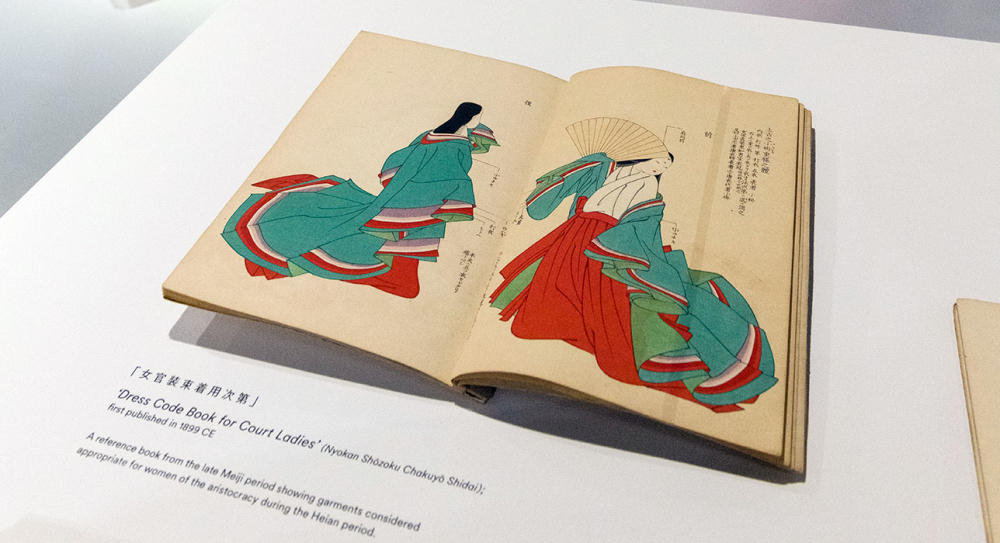 The art of layering colours (kasane) has a long tradition in Japan. Made to reflect the natural world and the changing of the seasons, specific colour combinations were often found in the garments worn by the fashion-conscious aristocracy of the Heian court (794-1185 CE), as depicted in a Heian-period work of literature, The Tale of Genji.

Written by Murasaki Shikibu, a lady-in-waiting at the imperial court in Kyoto in the early 11th century, The Tale of Genji paints a vivid picture of the lifestyles of the noblemen and women of the contemporary Heian court through detailed descriptions of their colourful clothing. In April 2019, Japan House London welcomed Dr Jennifer Guest, Associate Professor of Classical Japanese Literature at the University of Oxford, to introduce the The Tale of Genji for a UK audience. Placing it into its historical and cultural context, Dr Guest explored the significance of its focus on colours, clothing and seasonality.

The Tale of Genji had been an invaluable resource to Yoshioka Sachio, Master Dyer, Colour Historian and 5th-generation head of the 200-year-old Yoshioka Dyeing Workshop. Based in Kyoto, the workshop is committed to recreating the vivid colours of this period by using historical documents and textile samples. Yoshioka Sachio's work was celebrated in Japan House London’s exhibition Living Colours: Kasane – the Language of Japanese Colour Combinations (5 April – 19 May 2019). The craftsman sadly passed away in late 2019. His daughter, Yoshioka Sarasa, is the 6th generation to lead the workshop.

Take an in-depth look at the influence of kasane traditions on the Yoshioka Dyeing Workshop's approaches to textile dyeing in this story.