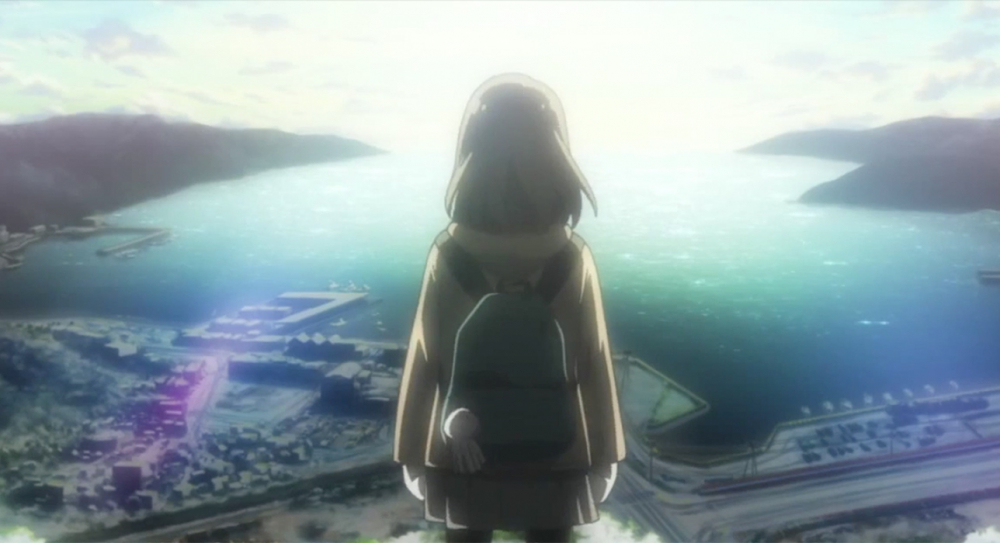 In 2011, the Great East Japan Earthquake triggered a tsunami and was followed by the nuclear disaster at the Fukushima Daiichi Nuclear Power Station. The devastating events left much of the Tōhoku region, which compasses six prefectures in the north-eastern part of Japan’s main island, facing a monumental reconstruction programme. In the years that followed, Tōhoku residents focussed on revitalization efforts by drawing on local crafts, sport and community spaces and activities.

In the spirit of using local skills for the good of the region, producer, director and screenwriter Asao Yoshinori opened the animation studio, Fukushima Gainax (now known as Gaina Co., Ltd.), alongside a manga and anime museum, Fukushima Sakura Yugakusha. The studio and museum made a significant contribution to the revitalization of Asao’s home prefecture, Fukushima. Both were established in a building that had formerly been one of the town’s middle schools. The location is symbolic of the studio’s subsequent work to educate, engage, support and inspire the children and young people of Tōhoku. Fukushima Gainax collaborated with local schools and ran free anime workshops for story composition, character development and background design.

Asao established the studio with the aim of inspiring genuine interest in visiting the region by telling stories based on real-life experiences of Tōhoku residents and using actual local settings in the anime films. Two examples of this are the short animations Mirai e no Tegami – 「みらいへの手紙」or Letter to the Future – and Omoi no Kakera –「想いのかけら」 or Fragments of Feelings – both released in 2016 to mark the fifth anniversary of the disaster. Mirai e no Tegami tells ten stories based on the real-life experiences of ordinary people living in Fukushima following the earthquake and tsunami, conveying the light and shadows of everyday life in the prefecture. It is available to watch in Japanese only (no subtitles) on Fukushima Prefecture's YouTube page here. Omoi no Kakera is a two-minute short film set in Onagawa, a fishing town in Miyagi Prefecture, which did suffer greatly in 2011. The protagonist is a young girl coming to terms with the loss of her mother in the tsunami whilst finding the inner strength and motivation to continue with her figure-skating ambitions. Though the animation is short, it is a powerful message of hope to the children of the Tōhoku region and of respect and gratitude to the people involved in the recovery efforts.

Both animated works were specially subtitled in English and shown at a screening to complement a talk by Asao Yoshinori at Japan House London in the summer of 2019. The event was part of a collaborative series of activities, organized by Japan House London and Japan’s Reconstruction Agency, exploring various aspects of the recovery efforts after the Great East Japan Earthquake of 2011.